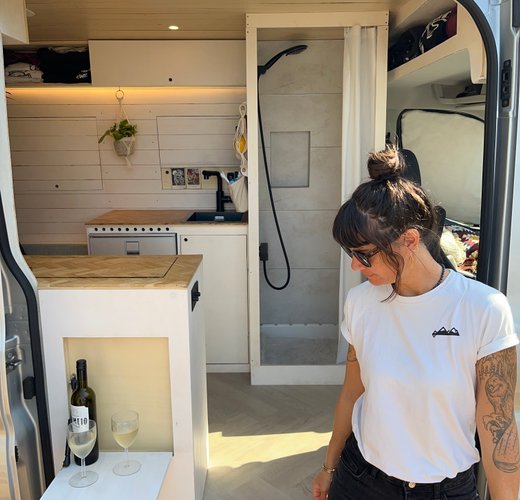 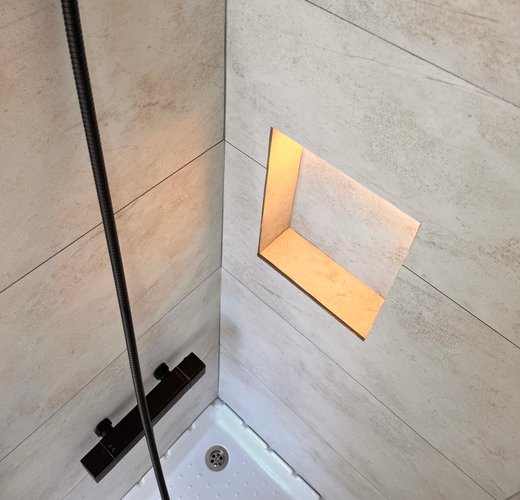 HOW WE BUILD OUR SHOWER

We made our shower using 18mm poplar plywood boards. The niche was also made of 18mm poplar plywood and directly glued and screwed to the back board of the shower. The different pieces of poplar board were cut to fit perfectly in the van, so the assembly had to be done in the van itself. We premilled the boards where the anchor corners would come. Than assemblying the boards using glue and the anchor corners. When set we sealed all the joints. After this a shower sealing kit from Knauf was used to prevent any water infiltration. To finish it off we used stone look tiles from Dumawall, lightweight, super easy to install and also waterproof in itself. These were just glued on our shower walls with silicone glue. Sealing the tile joints and corners and that's it.
Not to lose any height, we made our drainage connection to the grey water tank underneath the van. We marked out the exact spot of the shower drain and cut a hole slightly bigger to make the connection. When cutting a hole in the metal of your van, apply anti-rust primer.

The connections of the fittings for our shower faucet are made in the cabinet next to the shower to save more space.

We also integrated a Led strip in the shower niche. 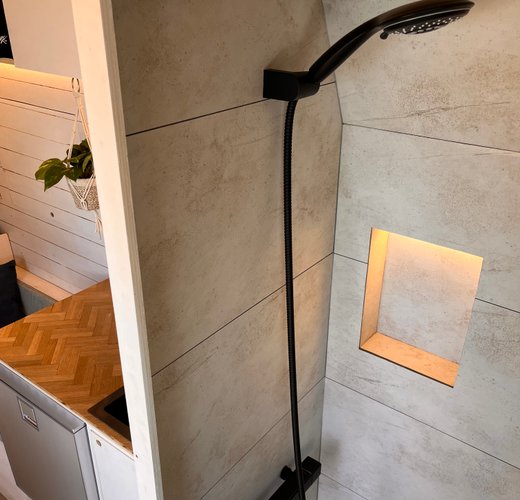 Dumawall tiles in our shower 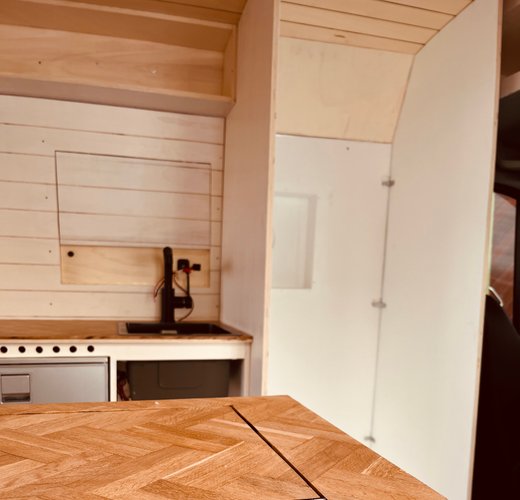 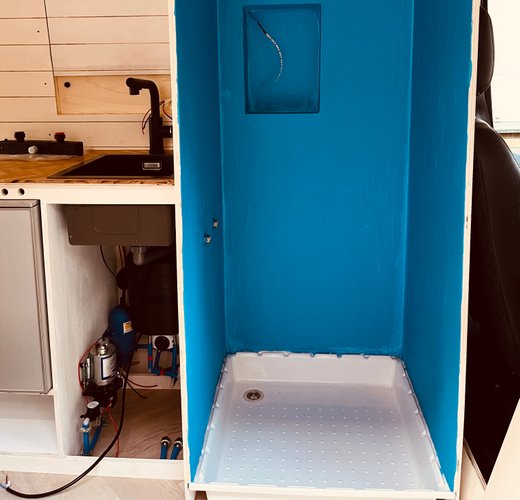 Fitting and connecting the shower faucet 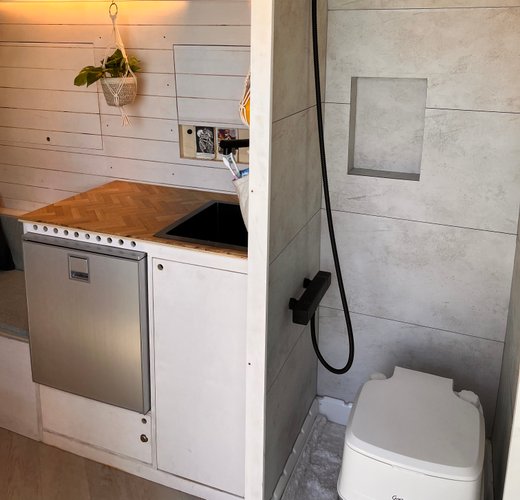 It also acts as our toilet room 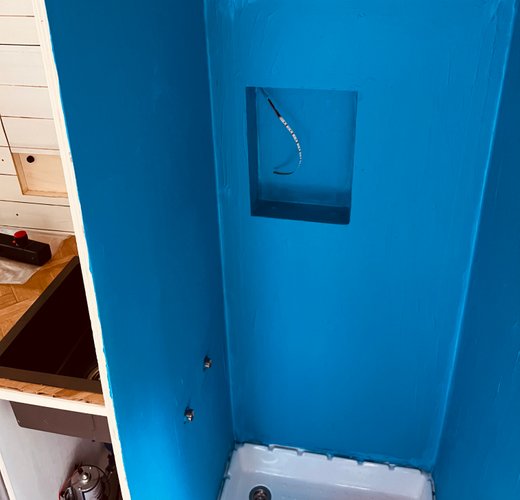 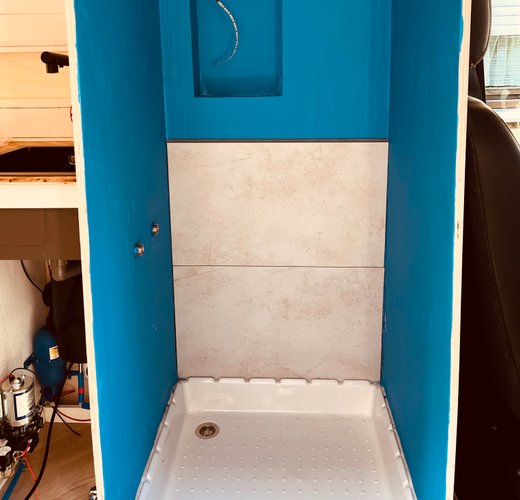